skip to main | skip to sidebar

Requiem for a Dying Dream? 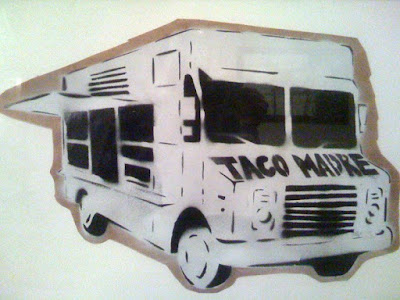 This past week I had the good fortune to be invited to the limited LA simulcast of the fantastically-inspiring TED conference. So as not to divert too much space from our third guest, I will mention now just one of the speakers and his serendipitous relevance. The founder of Twitter (which, if you don't know, is basically a free service that allows you to send mass text messages of under 140 characters to your friends/subscribers for an instant update on your current activities) was a surprise guest among the fifteen I heard speak on Friday. Though he told the story of this side project gone viral (his last side project was 'blogger' by the way) its inventive and entrepreneurial applications devised by users themselves are far more intriguing than its original limited intentions of social networking. For example, Twitter was used in the recent LA fires to report spreading flames and property conditions to an entire neighborhood in a matter of seconds. Lately, though, it's been used in LA to send salivating amateur gourmands the most current location of the hottest new meal (yes, it is mobile). Jonathan Gold, our Pulitzer prize winning food columnist, wrote just this week on Kogi, the Korean taco truck that has people lining up for HOURS in vacant parking lots to get a sliver of spicy pork, shredded cabbage, sesame and citrus (according to the expert). By subscribing to their Twitter feed, not only can you find their location, you also feel like one of their friends. Alice sends out short notes with capital 'L's which gives the slight sense that we are all in an anime with pigtails wearing knee-high leather boots (ok, maybe that's just me). The point is, our guest this week is particularly timely and relevant; beyond the objects of interest, he speaks to the deeper content of the battle over public space that mobile culture, and mobile food in particular, instigates. At least in LA, three people with a small refrigerator are combating new legal restrictions with high technology to resist the sound of the requiem.

José L.S. Gámez is an Associate Professor of Architecture, a member of the Latin American Studies faculty, and currently a Research Fellow with the Institute for Social Capital at the University of North Carolina at Charlotte. I was lucky enough to teach with José at UNCC where he also now serves as the Coordinator of the Design + Society Research Center for the School of Architecture. His research and design practices explore questions of cultural identity in architecture and urban design, the impacts of Latino immigration upon urban space, and critical practices in Chicano Art. In addition to his co-authored introduction in Expanding Architecture, his research is published in Aztlán: A Journal of Chicano Studies and Places: A Forum of Environmental Design. A big thank you, thank you to José for spanning space and time in this cause of the week, Requiem for a Dying Dream?


About a year ago, I wrote an essay examining the emergent public realm fostered by Latino immigrants and the mobile architecture of Taco Trucks. My aim was to show how places like Charlotte and Los Angeles are really not very different given the influences that transnational forces have brought upon urban centers across the country. Times change and what a difference a few days (well, weeks and months) can make.

Two things have happened since that essay went to print (forthcoming in a book titled Global Charlotte):

1). The economy tanked—even in recession proof Charlotte. This means that much of the construction labor force in the region, which happens to be about 90% Spanish speaking, has found itself idly biding time—a stark contrast to the Charlotte construction market just 6 months ago.

2). And, the City of Charlotte, in its infinite 21st century wisdom, passed an ordinance that limits the operating hours of Taco Trucks (they must now close up by 9:00pm), forces Taco Trucks to maintain a 400 foot distance between both residential areas and other Taco Trucks, and establishes that activities associated with Taco eating (talking loudly, listening to music, maybe even gathering to eat together with friends) can be a nuisance to local neighbors.

In these two things, Charlotte remains LA’s younger queen sister city. Our economies are, like those across the country, seemingly at a standstill. While each of us feels this in direct ways, the extent of fallout of this economic downturn can sometimes be easily overlooked—my Taco Trucks (objects of research, cultural fueling station, last bastion of public life) are vanishing. This tells me that the public policies created by officials in Charlotte and in LA (yes, LA has had an on-going Taco-based urban drama for quite a while) are putting a final nail into the coffins of some dying dreams.

I agree. But, with one caveat. We as designers, architects, planners, civic officials, must see that our role involves creating systems, plans, policies, programs, buildings, spaces, places and actions that are enabling not limiting. Small action with a big point—eat at a Taco Truck.

We are the architects of change and by frequenting these now embattled culinary carts, you can send a message that both supports the micro-economies of newcomers (in the case of Charlotte) or re-affirms the importance of an economy with deep historical roots (as in the case of LA). Charlotte’s Taco-based legislation illustrates how space itself is differentially allocated to various sectors of the public. Tacos have been criminalized while hot dog stands, bar-b-cue carts, and other mobile culinary ventures are allowed to move about the city without impunity. LA’s struggle is portrayed as one framed by property rights and competition in a marketplace. And, yet, for those who have no access to physical space, competition in a place of commerce is already closed. If the right to work, to participate in public culture, to life, liberty and freedom of expression are all basic freedoms to be afforded to all human beings, then those freedoms must be granted access to physical spaces in which they may be pursued.

With these cases, we see, as Ed Soja and Barbara Hooper pointed out a few years ago, processes in which difference is actively created in space not for the purposes of declaring a coalition unified in a common goal but, rather, to specifically deny access to a select group.

Nancy Fraser, the legal scholar, eloquently describes architecture and urban design (and their various collateral forms) to be part and parcel of the processes that help to define acceptable models of the public and the public realm. As such, our disciplines, more often than not, aid in the marginalization of constituent members of the public at large in part by typically promoting the notion of a public that is singular (albeit sometimes diverse). For Frazer, this limits our vision. We should think in plural forms—in terms of multiple publics each with commensurate and equal rights.

We must think differently about space itself (be it urban, rural, suburban, developed, underdeveloped, etc.). While witnessing the plight of Latino immigrants in Charlotte, I have come to see things as fundamentally tied to questions of human rights--not civil rights, which assume a sovereign state and its visible membership (this is, by definition, a limited group), but as a basic freedom to which we are all entitled.

As designers of things spatial, we must define our practice and products in terms of human rights. All people deserve equitable access to shelter, to the “public realm,” to space. And, we should demand that space be made available for those who have none. Eat a taco. Support a local immigrant entrepreneur. But most importantly, through our practices, send the message to policy makers that differential access to local spaces, places, streets, and neighborhoods is unacceptable.

** image courtesy of Izel Vargas
Posted by lcsamuels at 9:35 AM

Kogi is the bomb. When I'm not eatign their tacos, I am thinking about them.

This was emailed to me, so I'm adding it as a comment. Thanks, Bill!

I am strongly in favor of supporting these entrepreneurs. Much of the way our country was founded was based on small business growing. These vendors should be given small micro-loans similar to the highly successful program of Grameen Bank, which was established in 1983 in poverty-stricken Bangladesh. Mohammed Yunus, as Founding Director, was recently given The Nobel Peace Prize for his efforts. He has published several books on his efforts, and his astounding repayment rate is over 99%! His unsecured loans are sometimes as little as $10, and are made mostly to women. Transferring this scale to our country, loans could start at several hundred dollars. We must and we can develop secure status for immigrants in this country and helping those who help themselves is a good first step. - Bill

I recently read Kogi was looking for a brick and mortar location, but that would... well, diminish some of the joy.

No hint to that effect on their website, but who knows. I agree - why sit still when being mobile is so much more adventurous. Spread the food, spread the culture, spread the equity.

Well, looking back at the post maybe the restaurant would not be an "either/or" scenario after all

Love the baby truck. Conjures mama elephants teaching the little one to use its trunk - to spread spicy taco sauce. See FAQs on their website for more info.

Thanks, Mark, for the link.